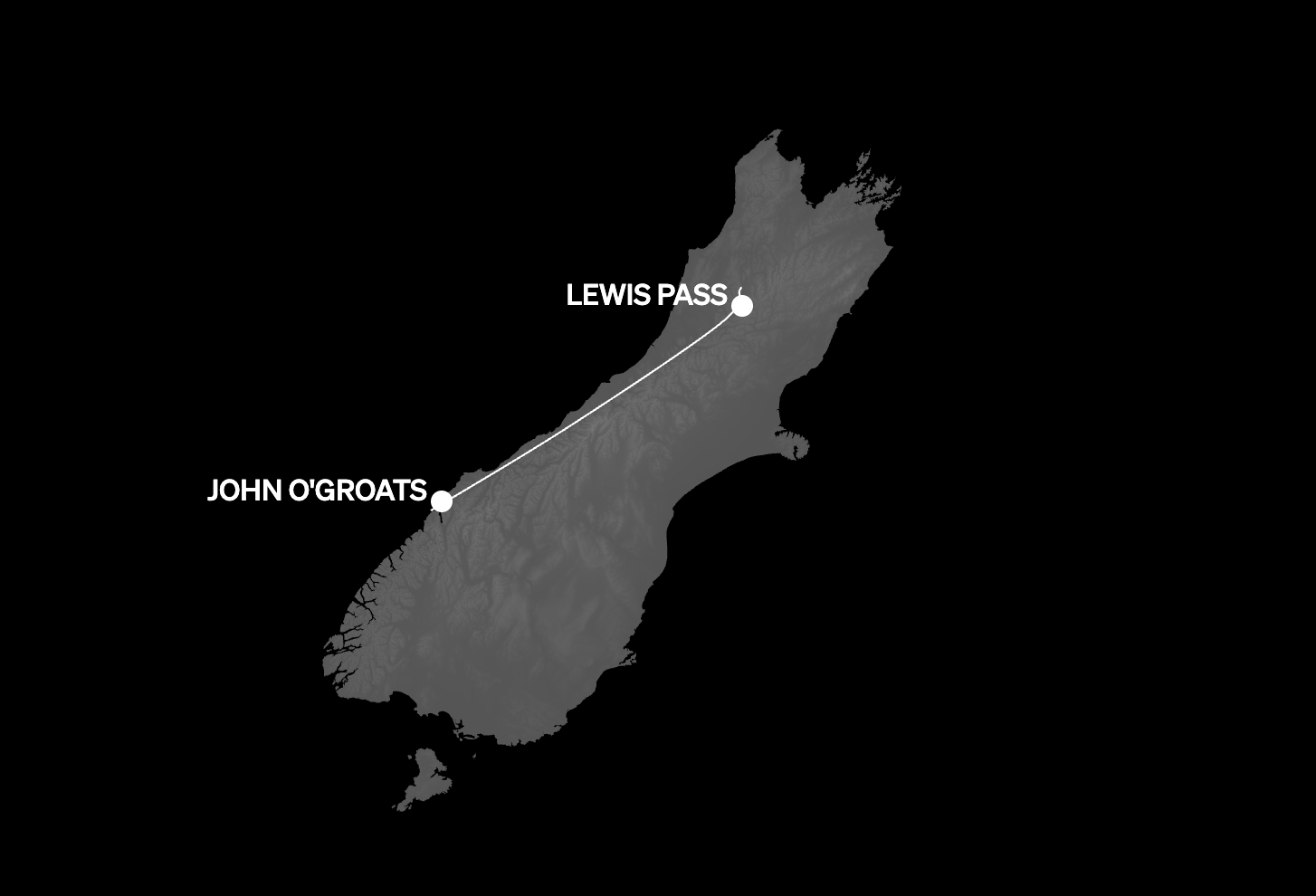 In 2004, GNS scientists Kelvin Berryman and Ursula Cochran were fossicking in the sand dunes at Martins Bay in northern Fiordland, looking for evidence of past tsunamis. After a few days, Berryman suggested to Cochran that they take a walk up Hōkurī Creek, a short distance from the coast.

Berryman was following the footsteps of an admired former professor — Harold Wellman, who first wrote about “an interesting escarpment up the Hokuri Creek” back in the 1940s. 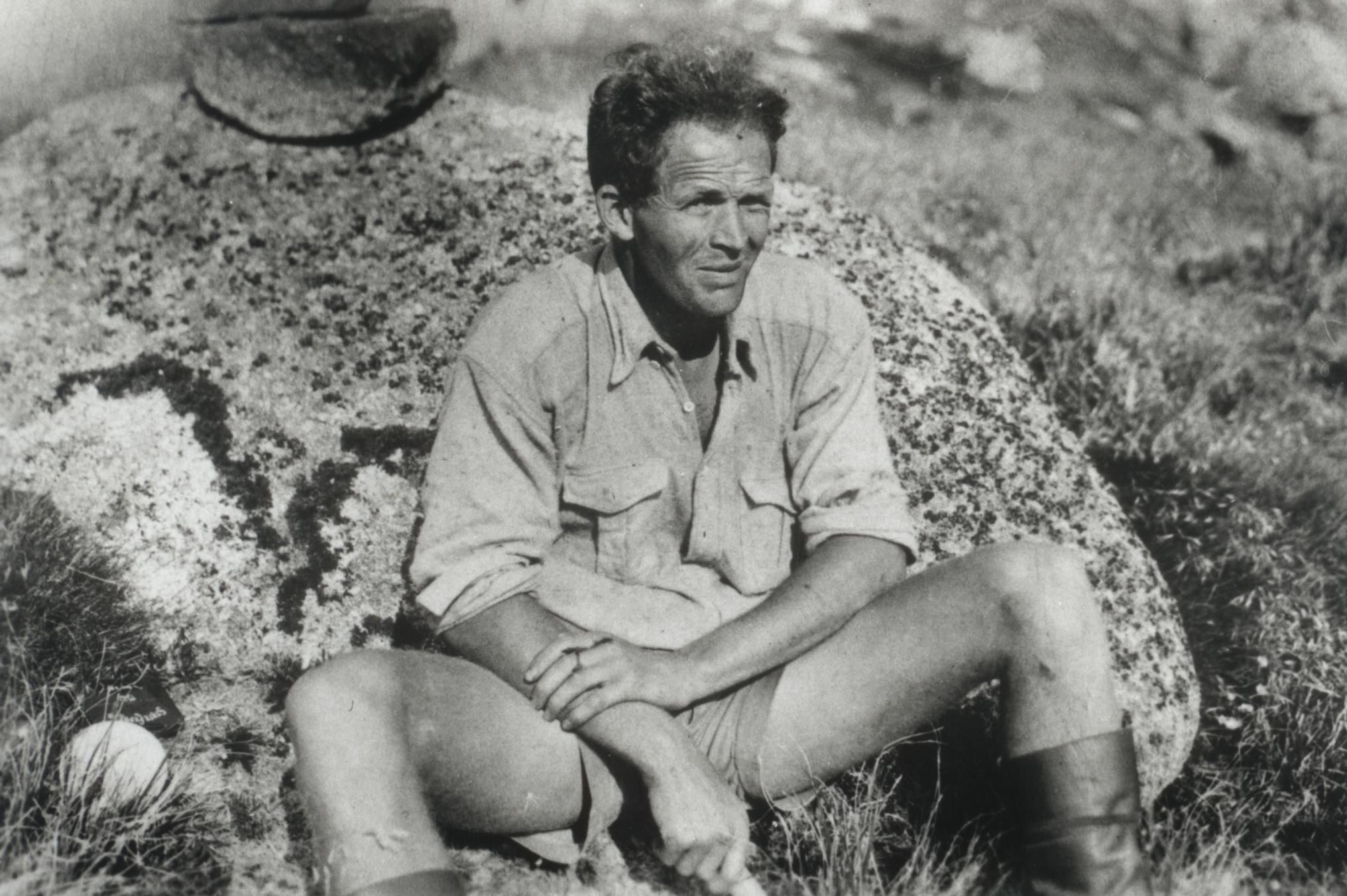 Harold Wellman, who discovered and named the Alpine Fault in the 1940s. Photo: Simon Nathan collection 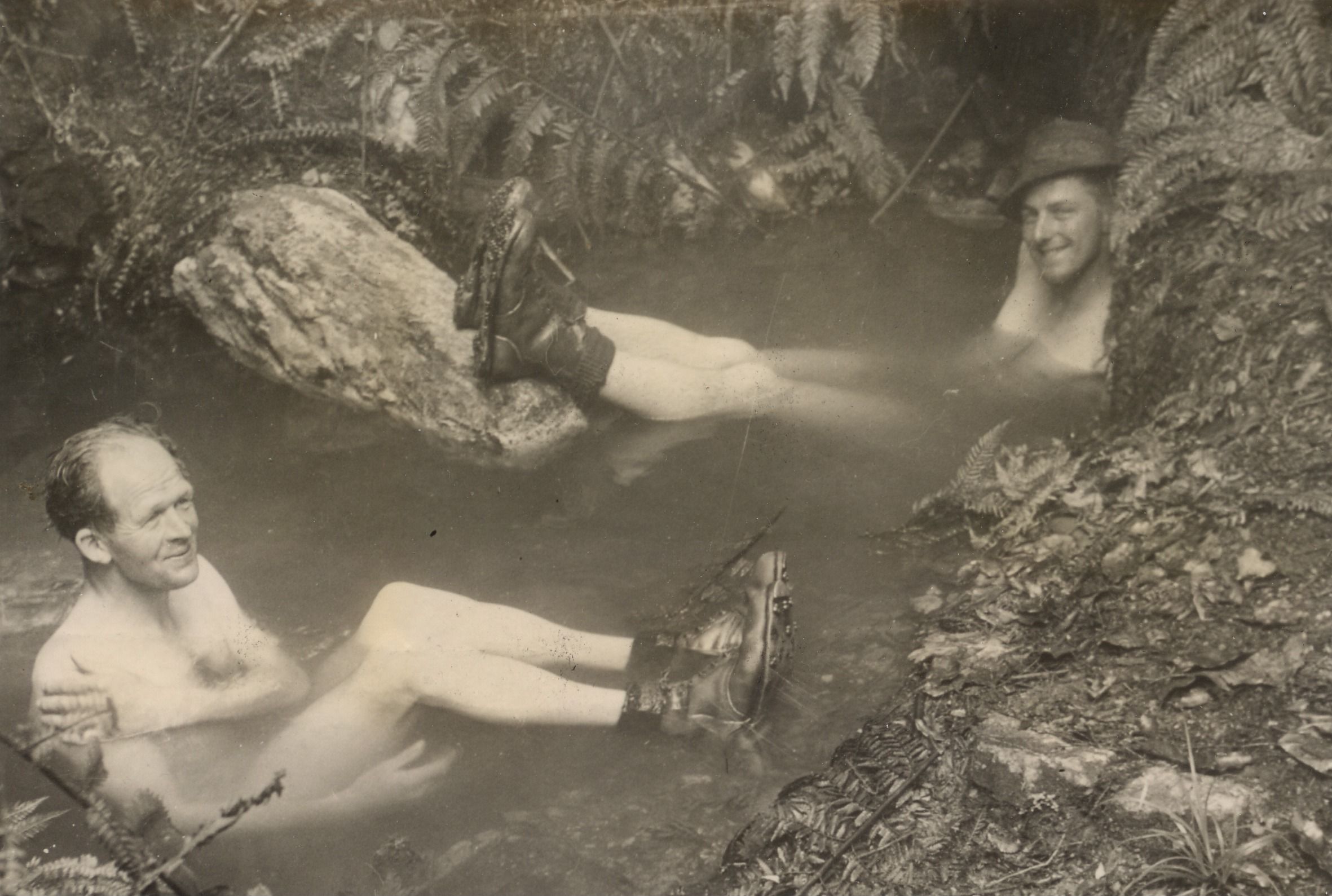 Harold Wellman and George Grindley enjoying a soak in a warm spring on the Alpine Fault near Lake Haupiri, about 1945. Photo: Simon Nathan collection

An English-born former clerk, he reinvented himself as a surveyor and gold prospector before eventually studying for a geology degree part-time. He undertook extensive studies of the geology of the South Island — the most famous being his work to determine the length of the Alpine Fault. At a 1950s geology conference, Wellman literally moved sections of a map up and down to explain his ‘slip-strike theory’ — that over millions of years, the mountains either side of the fault had moved incrementally by 480 kilometres. For this memorable display, he became known as “the man who moved mountains”. One senior geologist walked out of the lecture in disgust. But Wellman was right.

Berryman remembers Wellman as “a useless teacher for undergraduates” and a truly inspiring figure. “He was way ahead of everyone else, so damn bright. He was a renegade.”

Berryman, of course, knew about his former professor’s paper referencing the cliff in Hōkurī Creek. He had first ventured to the site in the early 1980s.

“I’ve always felt I’ve been following Harold Wellman everywhere,” he says. But on that earlier visit, there had been too much debris to see anything clearly.

On this particular day in March 2004, however, the escarpment had been washed clean in a flood. As Berryman and Cochran looked at the layers of peat and sediments, they knew they had found a record of geological events going back many years.

“But we weren’t sure if they were climate-related or fault-related,” says Cochran.

They carefully took a few samples from every layer of peat and headed back to the laboratory. 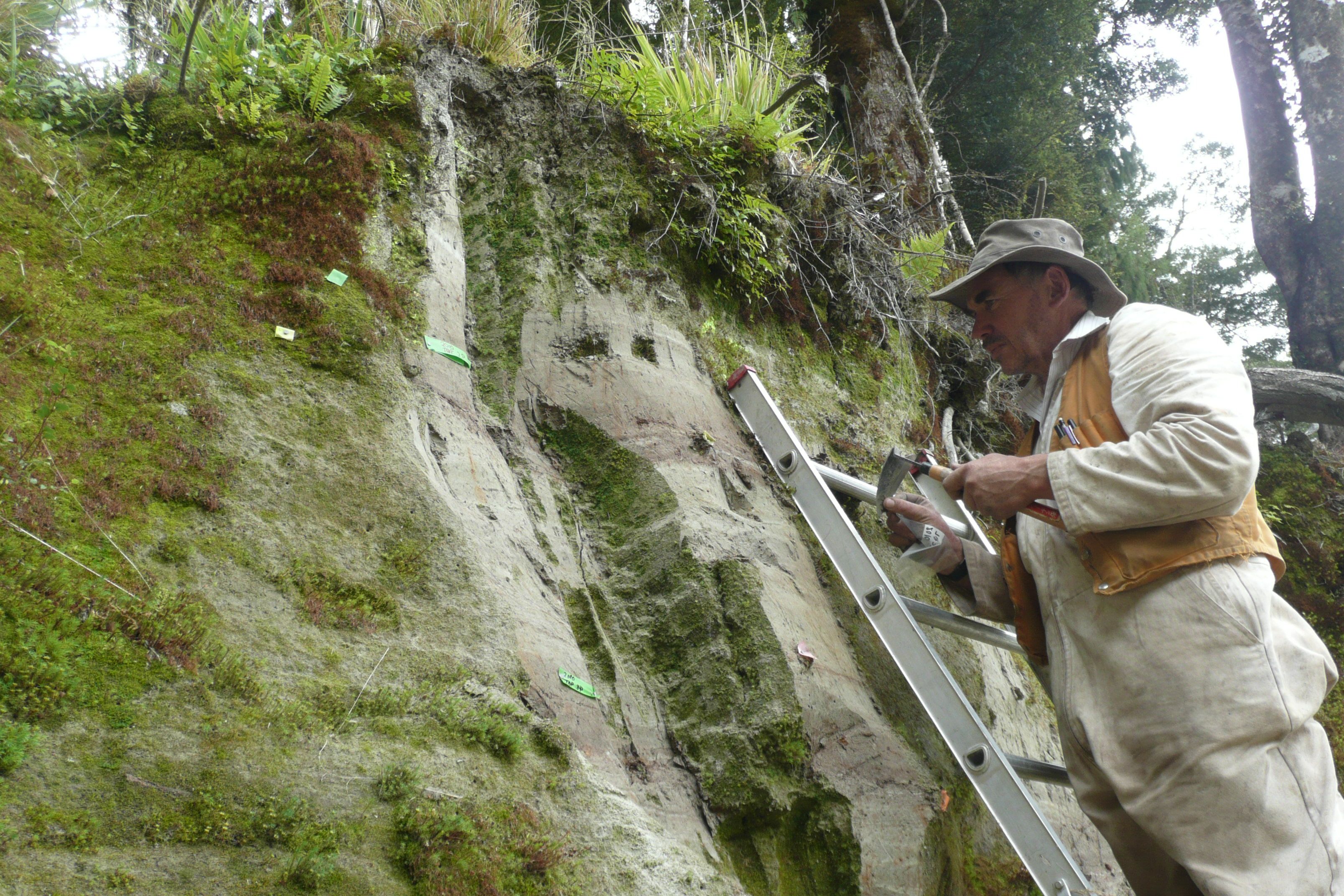 The series of eureka! moments then began. Ursula Cochran is a palaeoecologist. She specialises in diatoms, single-celled microscopic organisms. These carbon-dated samples indicated that the creek had been dammed, on average, every 300 years. From the geomorphology of the area, they determined that the damming had been caused by successive major landslides, the strong indication being that each was a result of a large earthquake.

It would take a few more years to mount a major follow-up expedition to the site as it’s accessible only by air, then on foot.

This ultimately confirmed that the stratified cliff presented an analogue for almost 8000 years of seismic history. There was nowhere else like it on earth. It was a hugely important discovery.

Cochran and Berryman were, however, still missing the most recent 1000 years. The Hōkurī Creek had diverted to a different outlet several hundred years ago, so the last 700–1000 years of sediments were missing. They also needed another site to corroborate the Hōkurī Creek findings. The clock was ticking, and from September 2010, every geologist and seismologist was distracted by the Darfield and then the Christchurch earthquake.

In 2012, however, another team of scientists, led by GNS geologist Kate Clark, headed south to a swamp at John o’Groats River, just north of Milford Sound. Every time the John o’Groats area had been hit by a quake on the Alpine Fault, the stream had been shunted along the fault line, and the sediments produced by every ‘shunt’ had built up in the swamp. Microscopic organic material from every strata was carbon-dated, with the older strata corresponding to those discovered in Hōkurī Creek. They now also had a record of the past 1000 years, which showed another four major seismic events.

By 2014, the research was sufficiently peer-reviewed and rigorous. The scientists had unequivocal proof of major ruptures occurring along the Alpine Fault on average every 300 years. Finally, they could take the information to the public.

After years of work — sheltering from torrential storms in nothing but a flimsy tent at Hōkurī Creek, meticulously analysing samples in the lab — Ursula Cochran was finally presenting the findings to those who would be most affected.

It brought “a huge sense of fulfilment, a sense of purpose; that this was why we do our science,” she says. “I was worried that we were scaring people, but instead they appreciated the information.”

In 2011, Victoria University’s Dr Jamie Howarth embarked on several years of further research, coring sediments at the base of the many lakes along the fault — including Lakes Kaniere, Mapourika, Paringa and Ellery. From inflatable dinghies, Howarth dropped coring equipment to the lake bottom. Using a compressor, the drill bit dug down six metres to bring a sample to the surface. Back at the laboratory in Wellington, Howarth would carefully prise open each sample. 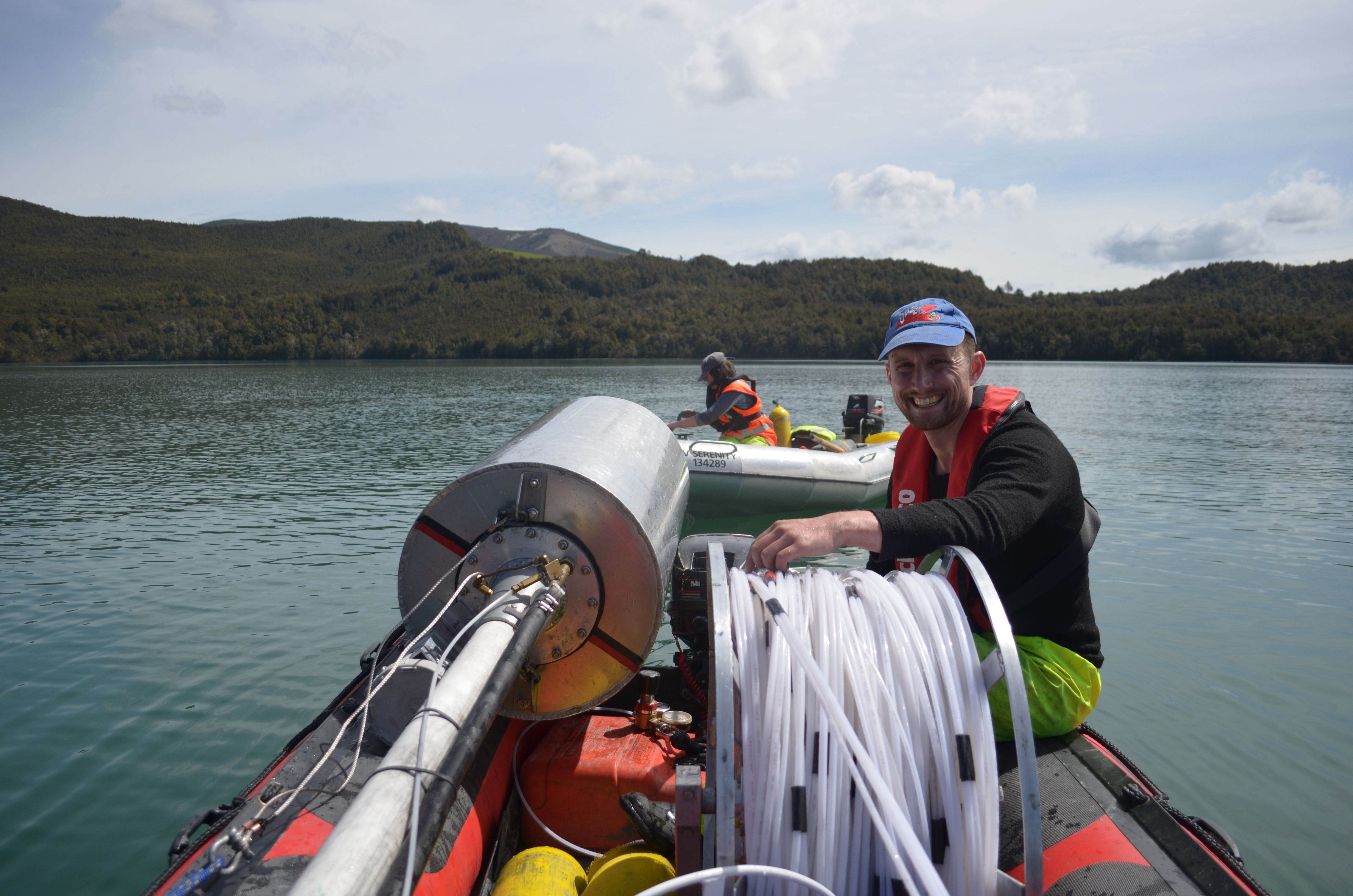 Dr Jamie Howarth during an expedition to extract 6-metre cores of sediment from the base of Lake Kaniere in 2013. Photo: Supplied.

He was presented with more perfectly stratified analogues for thousands of years, from which he could extract fossilised organic material for carbon-dating. Howarth was eventually able to map the effects of Alpine Fault ruptures over 300 kilometres of the fault line. His work not only corroborated the Hōkurī and John o’Groats evidence, but added to it — increasing the likely frequency of earthquake events, on average, from one every 300 to one every 250 years. 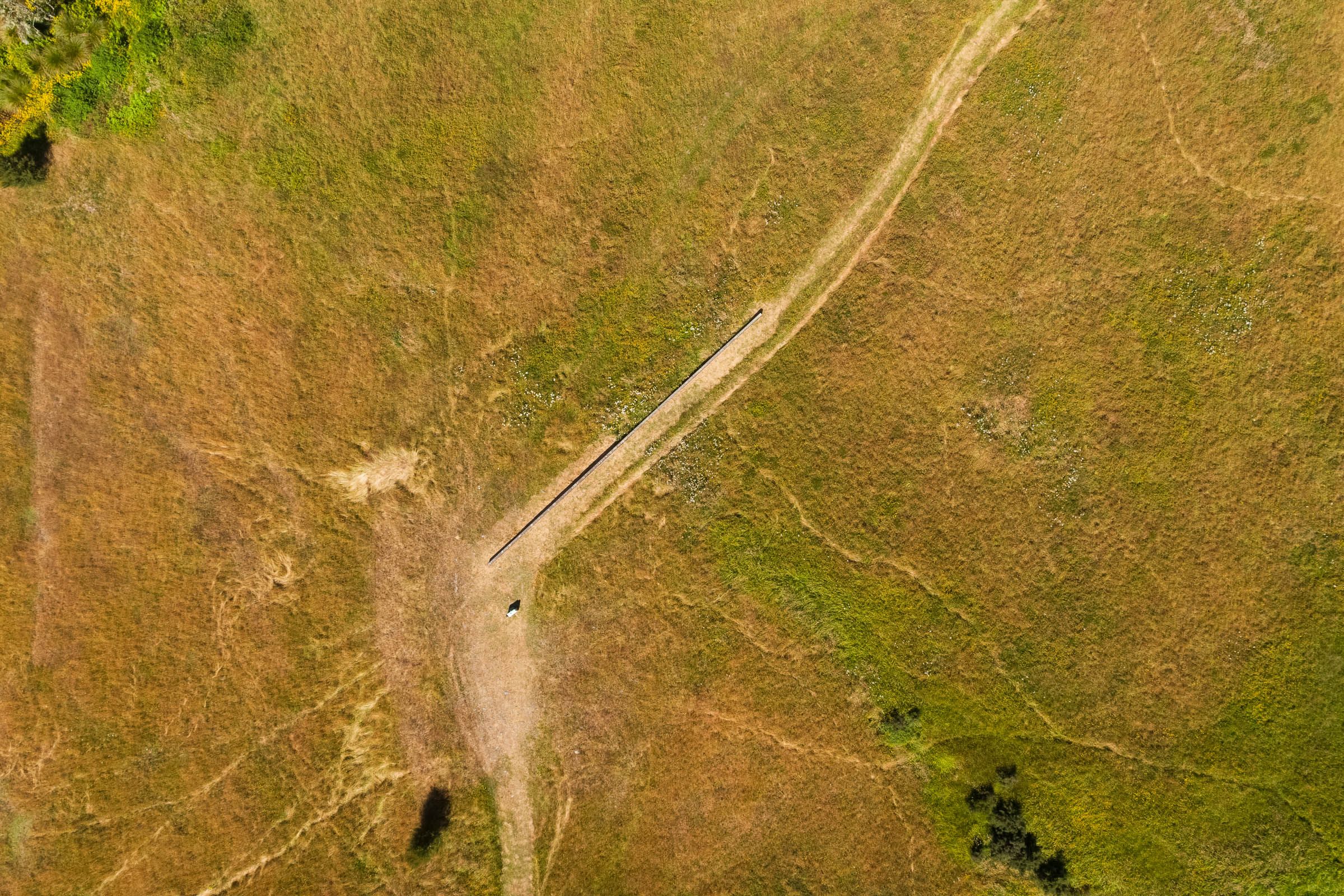 In 1964 scientist's built a 25m wall crossing the Alpine Fault near the Lewis Pass to measure if the fault moved slowly or suddenly. In 58 years the wall has not moved an inch. Photo: Jason Blair

So many scientists have contributed crucial pieces to the scientific picture we now have of the Alpine Fault. Some are geologists, others geomorphologists, geophysicists and palaeoseismologists. Dendrologists, who study tree rings, found the exact year of the last rupture in 1717. Other scientists dig trenches across the fault line, noting the stratified sediments from those massive earth movements, or simply whole terraces shoved up and down. Some, like Tom Wilson, study secondary hazards like landslides. There have been hugely expensive and logistically challenging deep fault drilling operations. There’s one at Gaunt Creek, and another downstream near Whataroa which drilled down over 800 metres before the drill bit bent sideways.

Can scientists predict exactly when the Alpine Fault will next rupture? Sadly, no, at least not with current knowledge and technology. We have forecasts, not precise predictions. As Kelvin Berryman, who’s now retired, concedes: “We’re really only still in the discovery phase. The more we find, the more we discover what we don’t know.”

Ursula Cochran is emphatic about the need to learn lessons from the past.

“The Christchurch fatalities were manmade. You can see how so much suffering could have been avoided by not building on soft sediment.” She pauses. “The earthquake itself is not really so terrifying. The drawn-out aftermath, if we’re in a built-up environment — that is going to be miserable.”

Meanwhile, the clock is still ticking. The 75 per cent likelihood of a quake in the next 50 years is based on the average time between ruptures over 8000 years. The longest interval in that period: 510 years. The shortest: 140. At the time of writing, it’s 305 years since the last great earthquake on the Alpine Fault. As they say, the next one could be tomorrow.

For further information about AF8 visit Af8.org.nz and for how you can best prepare visit getready.govt.nz